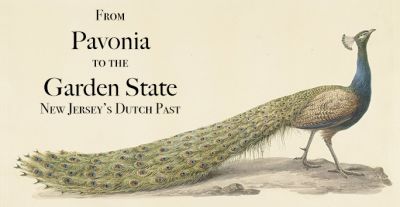 “From Pavonia to the Garden State: New Jersey’s Dutch Past,” the 39th Annual Conference of the New Netherland Institute, will take place in the state of New Jersey. Located between the Hudson and Delaware Rivers, New Jersey has often been neglected in favor of more dramatic developments to the east and west. However, as the site of Pavonia, an early patronship with major agricultural potential, and as the geographic connection between New Amsterdam and the Delaware River settlements, the Garden State’s seventeenth-century origins well deserve our attention.