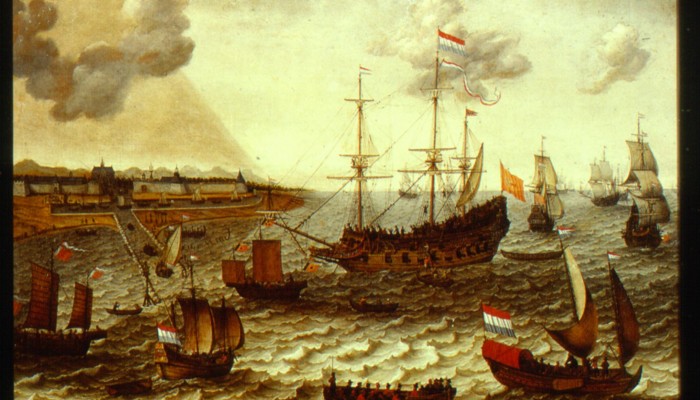 From the end of the 16th century on, the Dutch sought possibilities for trading overseas. Colonies, trading posts and forts were established in America, Africa, Asia and Australia. At the peak of the Dutch Golden Age the colony of ‘New Holland’ was founded in Brazil, and it is to this colony that the Foundation owes its name.

The objectives of the New Holland Foundation are:
* the promotion of scientific research into, and the preservation of, Dutch cultural heritage overseas. This heritage includes objects with a military, commercial or civil background as well as archive material
* the advancement of a better understanding of the mutual influence, past and present, between The Netherlands and overseas regions

The Foundation strives to realize her aims by:
* promoting scientific research into the areas concerned with the purpose of contributing to a better understanding and/or preservation of the
above-mentioned Dutch cultural heritage
* amassing documentary evidence on, and the implementation of studies related to Dutch cultural heritage overseas
* advising institutions or individuals who manage or own historical monuments linked with the above-mentioned Dutch cultural heritage, with regard to their protection, management, use and conservation
* setting up committees for various fields of research
* providing information by organizing lectures, conferences, guided tours/excursions etc.