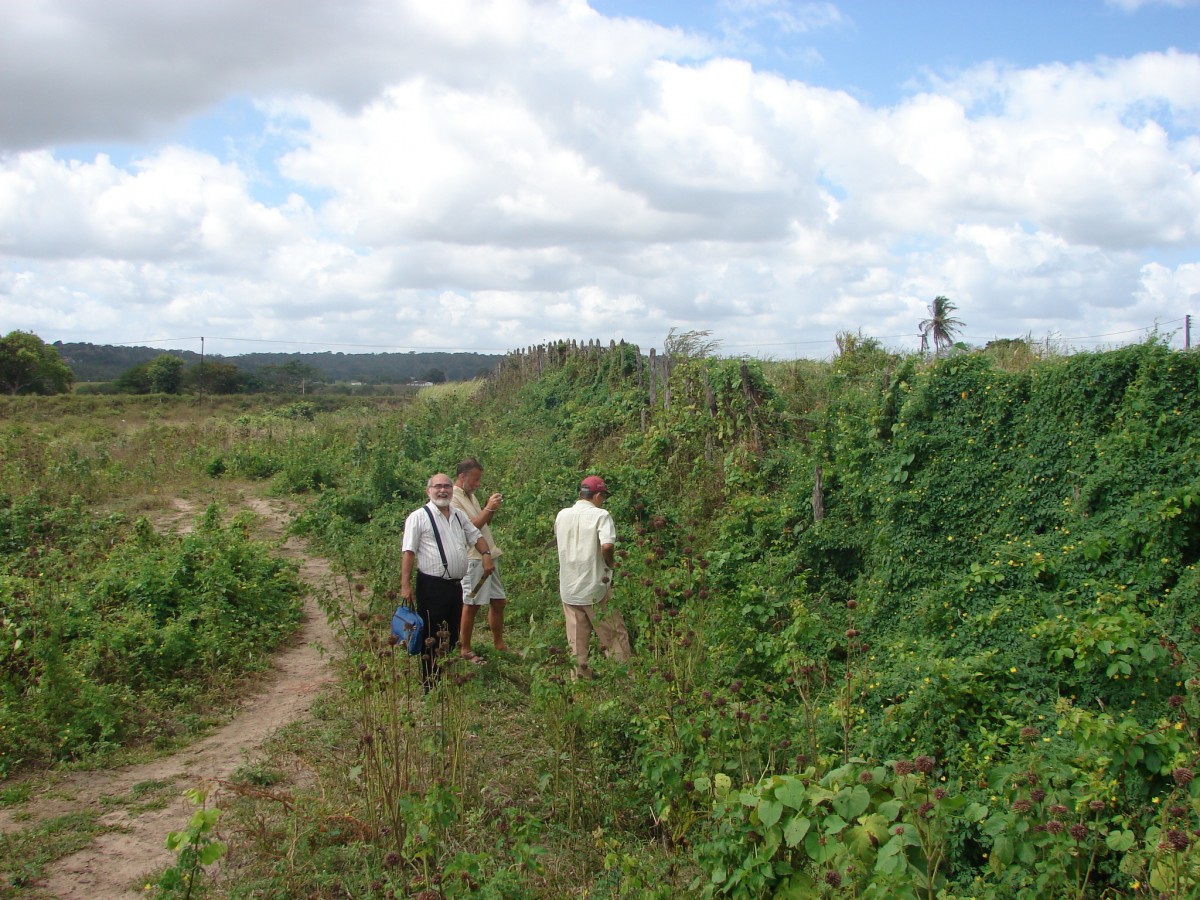 Engenho Santo André was one of the most important sugar mills in the Paraíba region. Owned by Valadares Antonio, in 1645 it became the military base in Paraíba of the Portuguese rebels in their struggle against the Dutch. During the war, many sugar mills had been turned into strongholds from where the Portuguese and the Dutch would start to attack. In 1646 the sugar mill Santo André, also known as... more 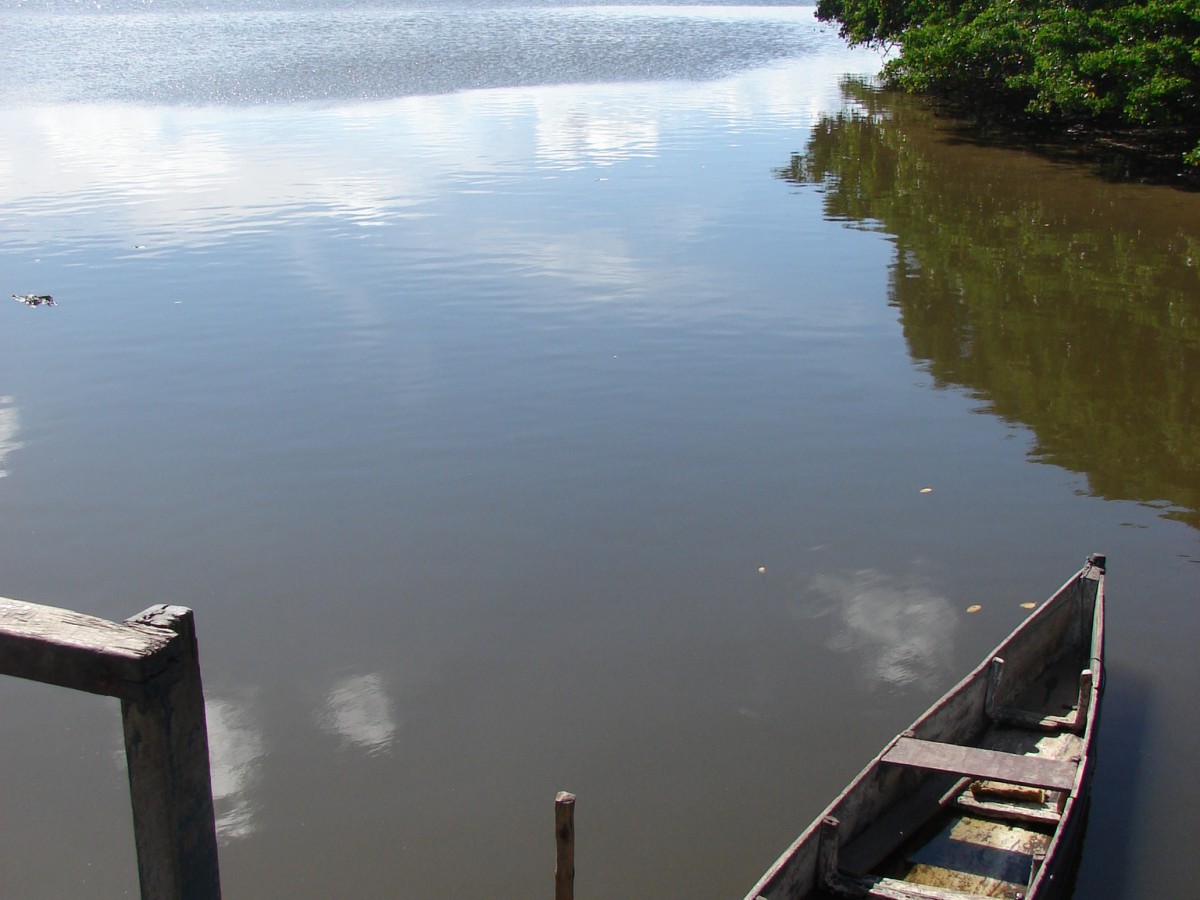 In the old town of Frederickstad (nowadays João Pessoa) there were three gunpowder houses (casa da pólvora). According to Oliveira Sobrinho, the Portuguese built the first one in 1634, just before the Dutch attack. It was located on the western side of the settlement, in the actual neighbourhood of Trincheiras. Timeline 1634-1654 Spanish A first gunpowder house is constructed by the Portuguese on the western side of Filipeia/Frederickstad, just before... more 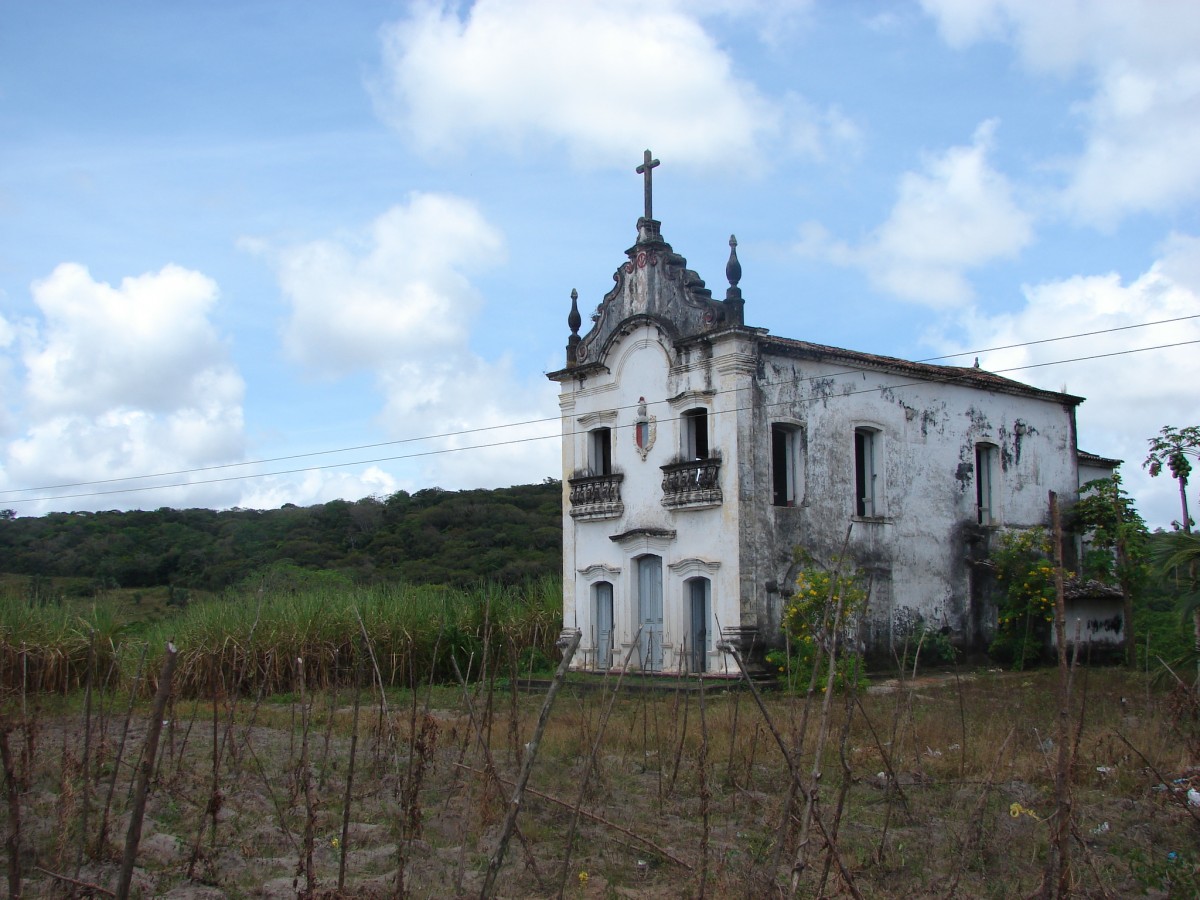 What is known in Dutch sources as the little fort of Gargaú, was probably originally the sugar mill of Jorge Lopes Brandão, located in a region of Paraíba named after the local river. During the war in Brazil between the Dutch and Portuguese, it was common to turn sugar mills (engenhos) into strong points of resistance, offering shelter from the enemy to soldiers and population. 1654-1655 In a report of... more 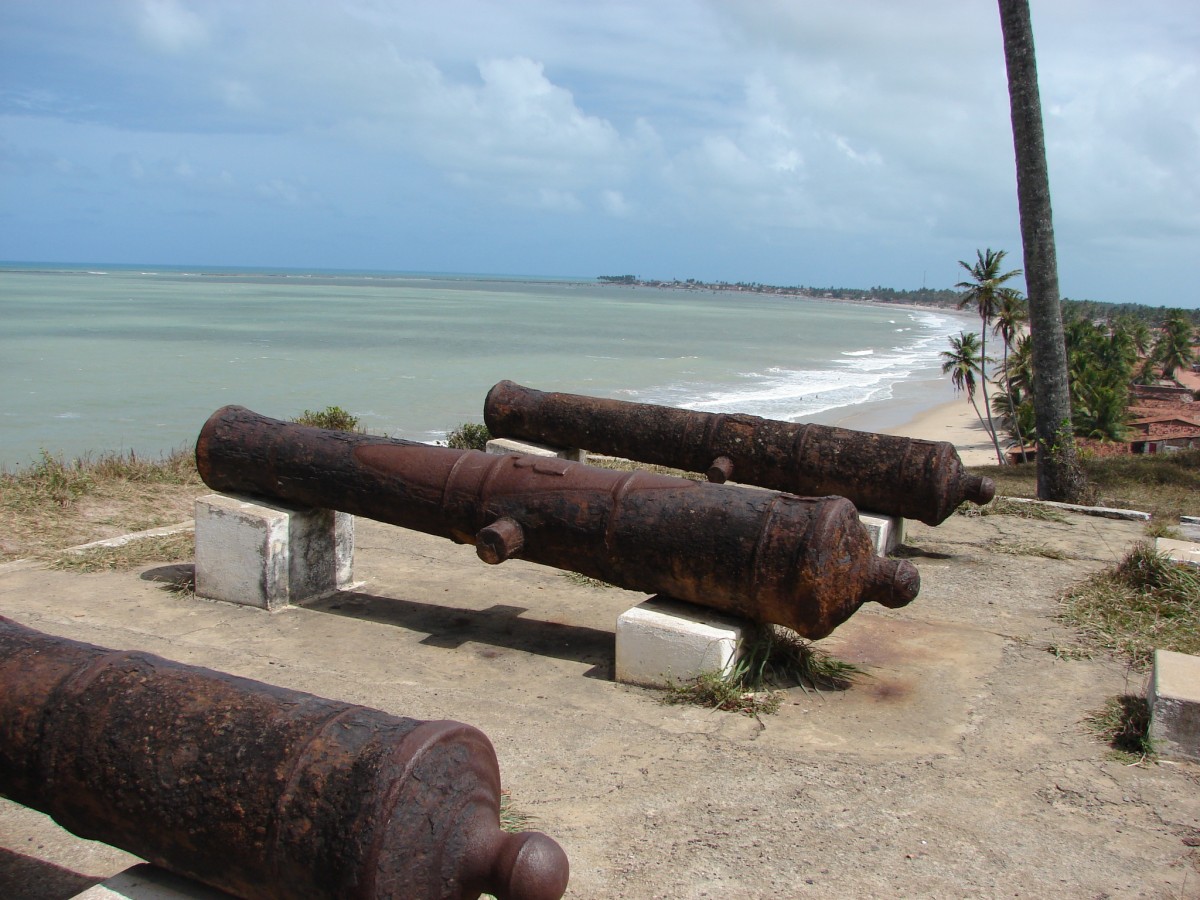 On June 20th, 1625, Admiral Hendrickzs enters the Baía of Traição with his fleet and a retrenchment is built to shelter the sick. According to the report by De Laet, 700 men were buried on the beach. The site was soon abandoned a month later. It was the first fortification built by the Dutch in Paraíba. Timeline 1580-1625 Spanish During this period Spain and Portugal are unified under one crown.... more 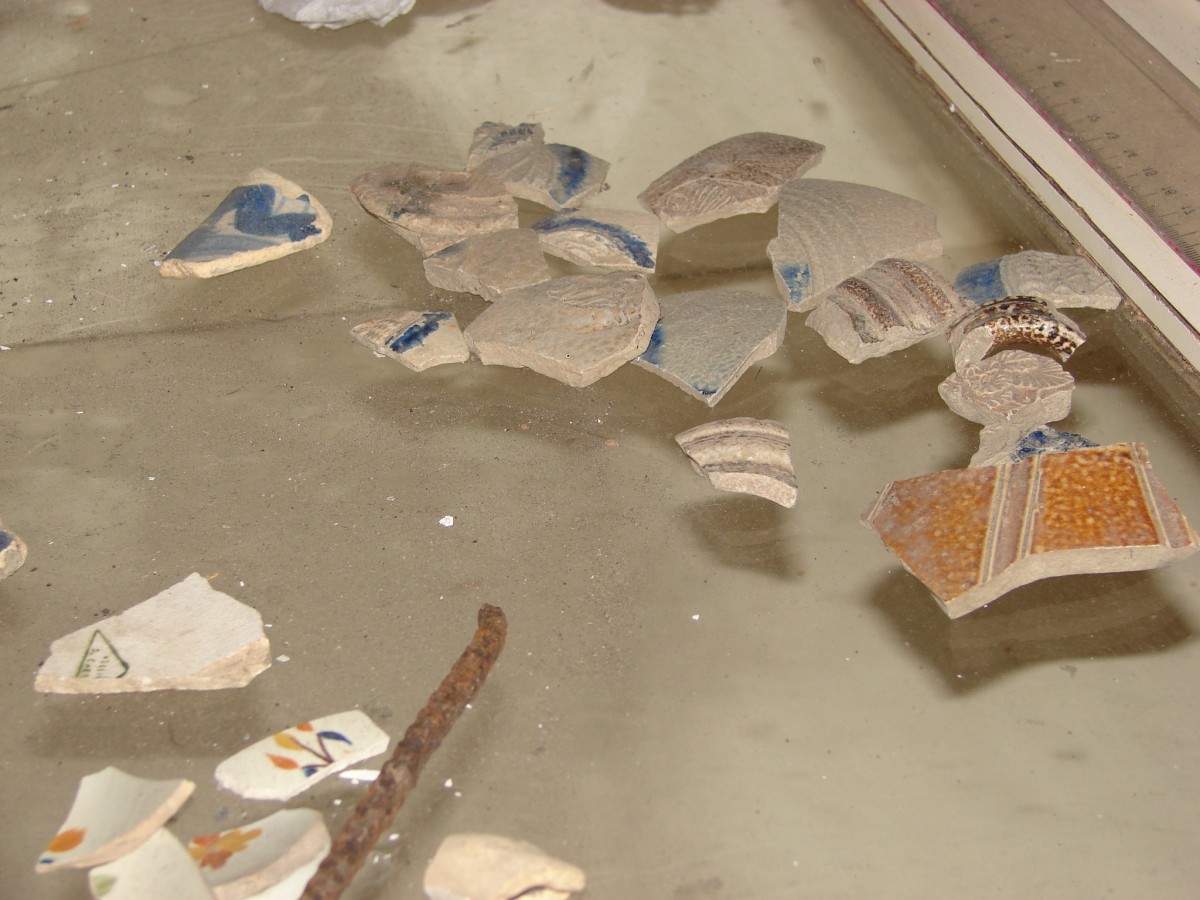 Around 1586, when Portugal and Spain were unified under one crown, the Portuguese built a small square fortification, Santa Catarina, on the strategic point of Cabedelo. After an unsuccessful attack in 1631, the Dutch conquered the fort in 1634, rebuilt it to a large extent and renamed it Margaretha. In 1654, after twenty years of Dutch rule, the fort again fell into Portuguese hands. The Dutch fort had a different... more 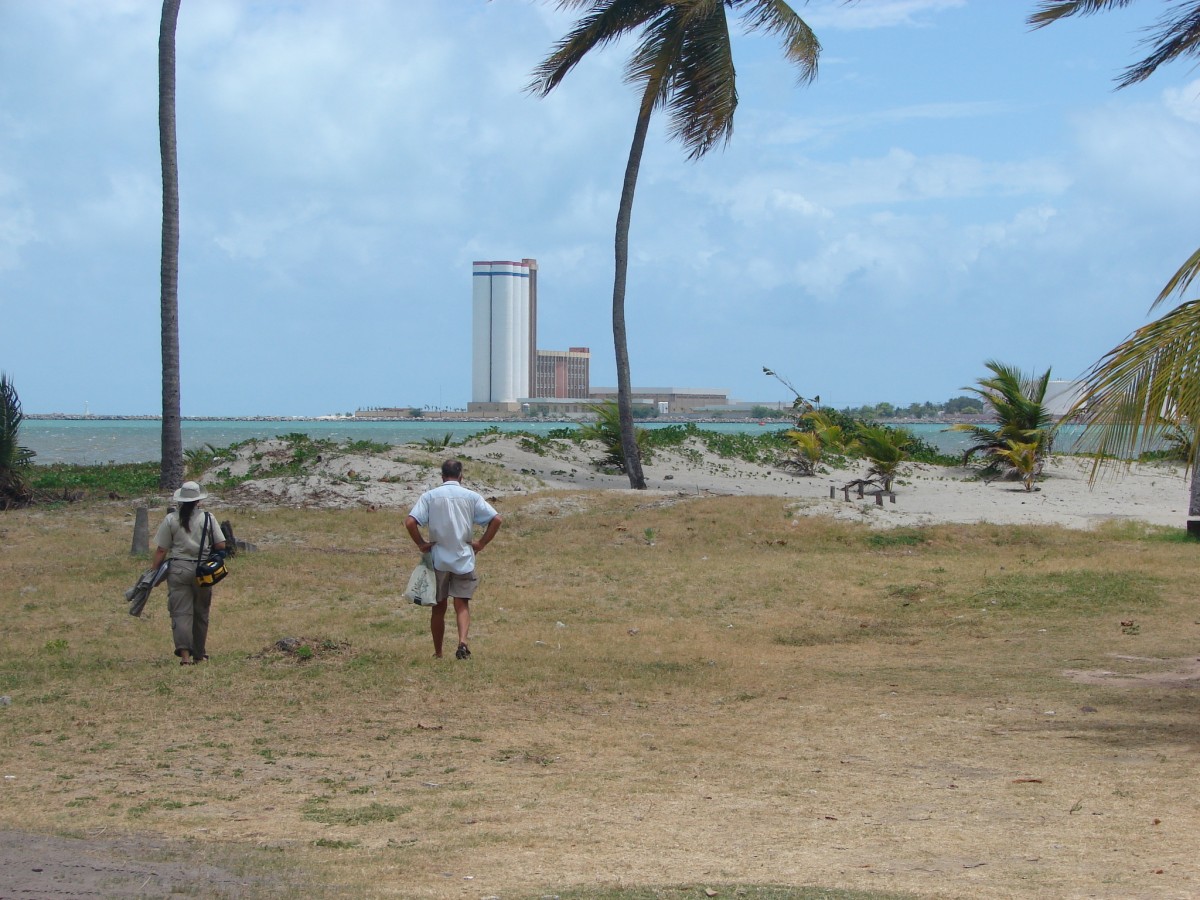 Forte Santo Antônio also known as Forte do Norte (Northern Fort) was located along the northern shore of the Paraíba river estuary. A first fort was built during the Portuguese conquest of Paraiba in 1589 but it was abandoned 10 years later. A new fort was built in 1631 by the Portuguese; Santo Antônio, together with Fort Santa Margareta (do Cabedelo) and Restinga Fort, formed a triangle of defence works... more 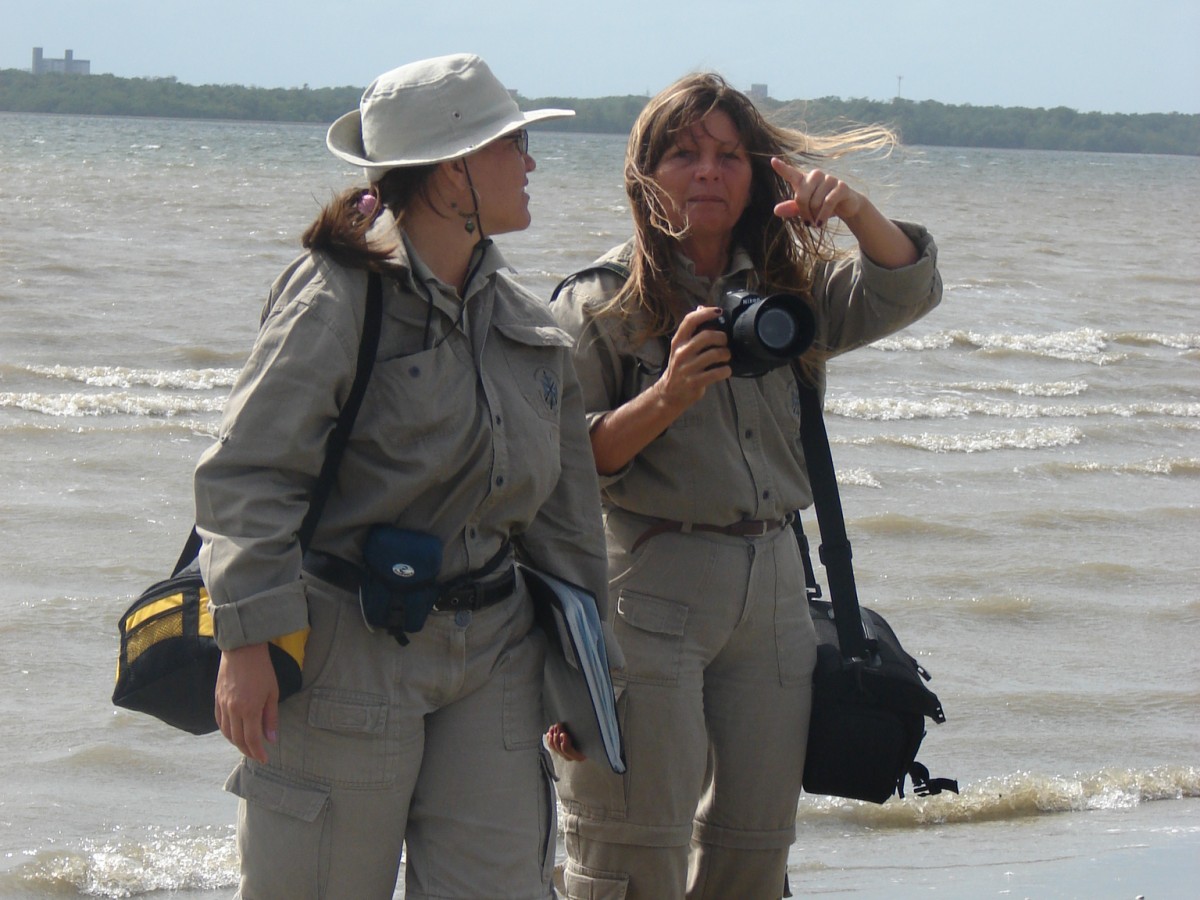 In 1579 the Portuguese built a small wooden fortification on the Ilha dos Frades (known as Restinga during the Dutch period). This island is located in the middle of the mouth of the Paraíba river and therefore played an important defensive role together with the fortresses of Santa Catarina do Cabedelo on the southern shore of the river and Santo Antonio on the northern one. Attacked various times by the... more 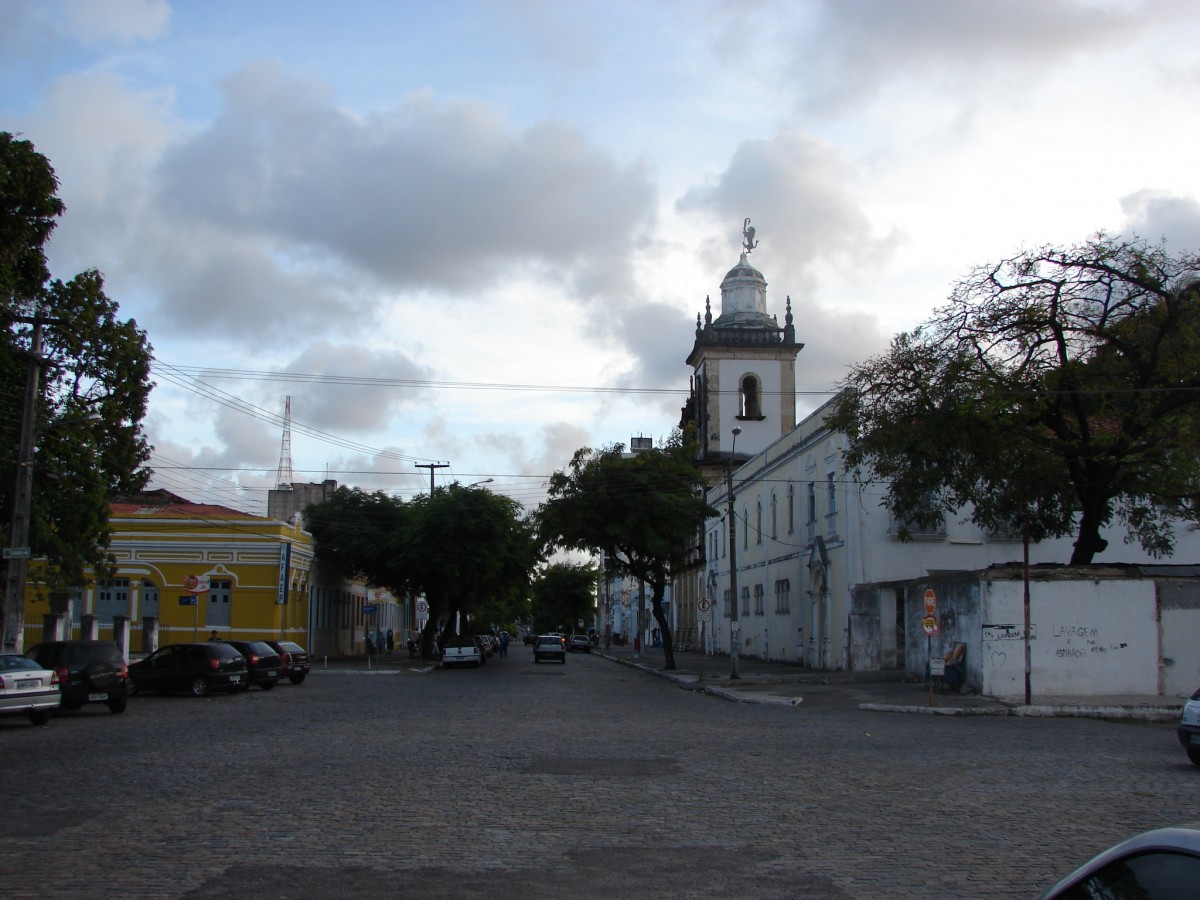 The Benedictines started to build the convent in 1599. When the Dutch conquered the town of Frederickstad (now João Pessoa) in 1634, the Convent of São Bento was still under construction. They decided to occupy it and use it as a defence work. In 1636 the Dutch decided to leave this convent and move their headquarters to the Franciscan convent of Santo Antonio. Timeline 1599-1634 Spanish Benedictines are sent to Paraíba... more 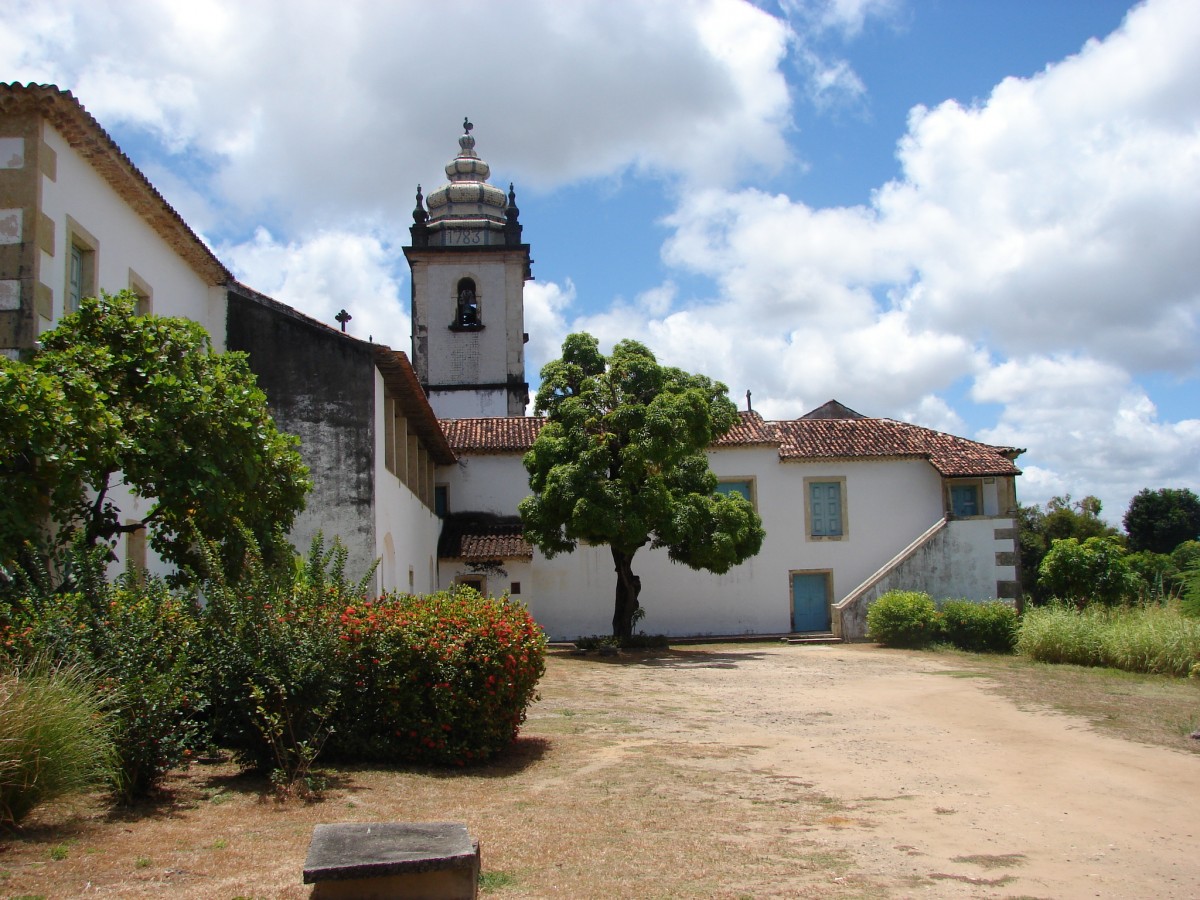 The 16th- century Franciscan Convent became the administrative centre in Paraiba during the Dutch period (from 1636 until 1646). Around the square shape of the convent the Dutch built a rampart with ravelins halfway along each side. This was surrounded by a dry moat. After the Dutch left in 1654, the Franciscan order re-established the convent with its religious function. Timeline 1580-1590 Spanish During this period Spain and Portugal are unified... more 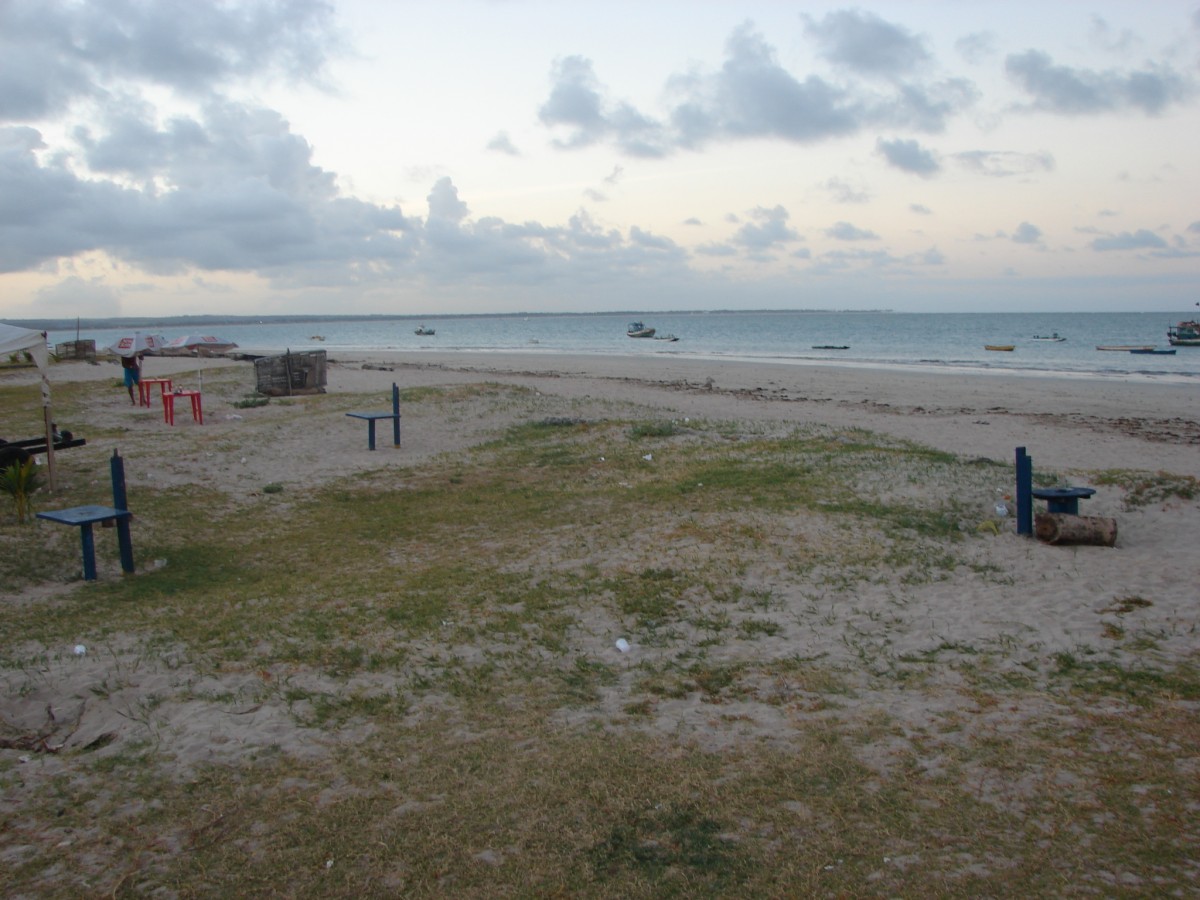 Dutch system of batteries around Cabedelo in 1631, Brazil

The Dutch constructed a series of considerable fortifications during their two attacks on Cabedelo in 1631 and 1634. Despite the use of mobile military works of contemporary military technology, the Dutch did not succeed in conquering the Forte Santa Catarina do Cabedelo in 1631. The system they set up to attack the fortress consisted of building batteries and guardhouses connected by trenches. This time the assault was undertaken from the... more 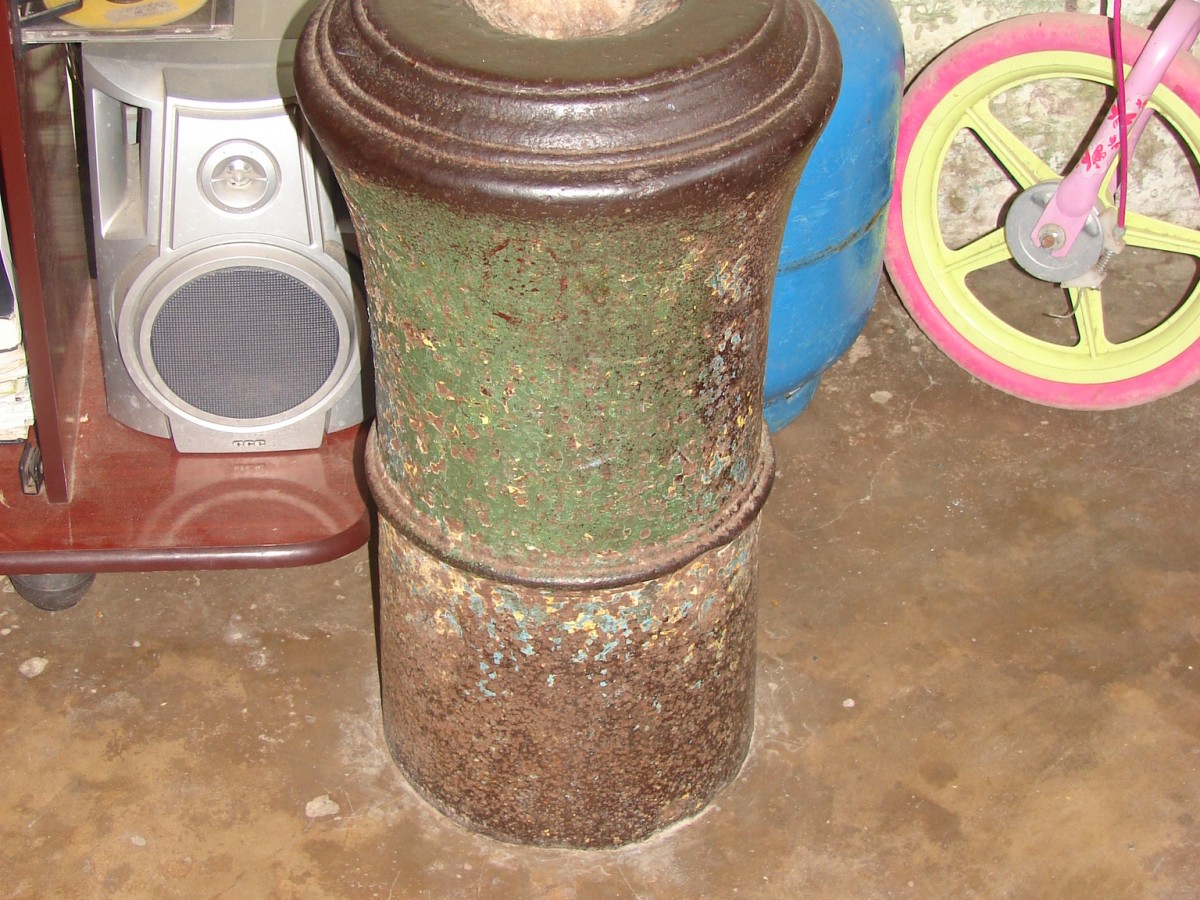 At the foot of a steep incline close to the town of Filipeia (today João Pessoa), the Portuguese built a small stone fort they called the fort at the Varadouro, named after the local bay. Near the fort there were some warehouses that the Portuguese burned when the Dutch arrived in 1634. In 1639 a sugar warehouse was erected, which was protected by the Dutch garrison, probably using the existing... more 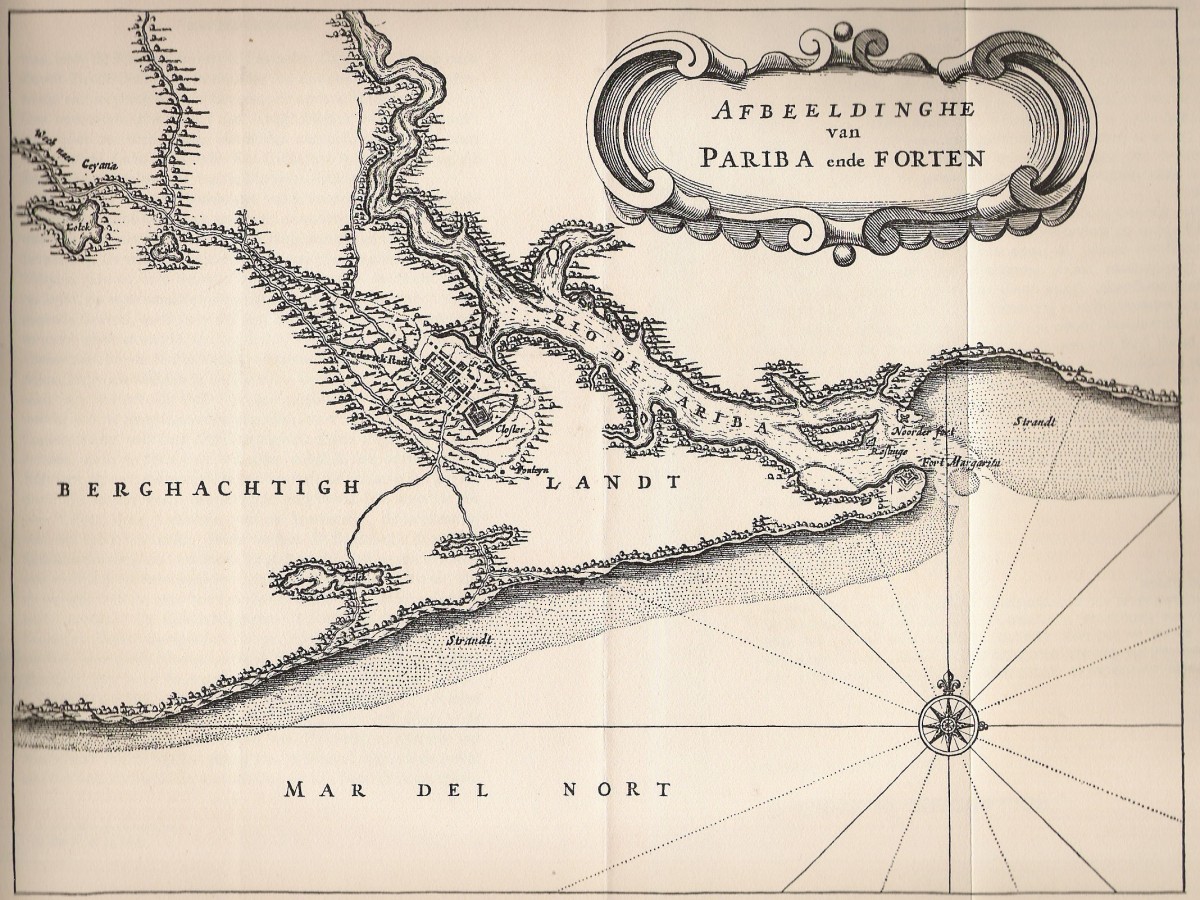 Dutch system of batteries around Cabedelo in 1634, Brazil

The Dutch constructed a series of considerable fortifications during their two attacks on Forte de Santa Catarina do Cabedelo in 1631 and 1634. While they failed to conquer the fort in 1631, they succeeded in 1634. The fleet anchored at the southern part of Cabedelo, and after landing, the troops approached the fort using temporary fortifications. They built various redoubts, batteries and guardhouses, which they connected by digging trenches. Thanks... more 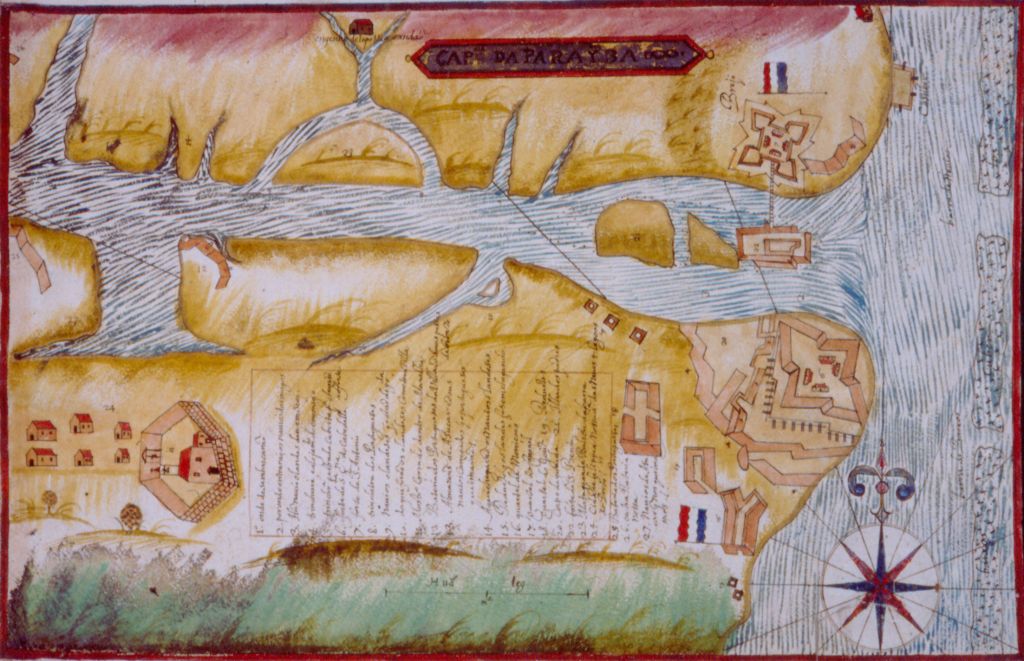 A map in a manuscript depicts the Dutch attack in 1634 on Paraíba. This map shows smaller Portuguese defences east and west of the then town of Filipéia. Two batteries of two bronze pieces (1&2) were located on both sides of Varadouro bay in order to defend the city. A third battery was found further north in front of the previous two. According to De Laets description, in 1631, the... more